The society aims to restore the Merchant Navy to her original as built condition complete with air smooth casing and Bulleids unique chain driven valve gear. Retro-converting a Merchant Navy has long been debated since the days of Barry Scrap Yard with 11 of the 30 members of the class surviving the cutters torch. General Steam Navigation went to Barry in June 1966 with most of her running gear missing and critically no crank axle. This has put GSN in a rather unique position compared to her sisters as the cost of restoring her to either rebuilt or original condition are fairly similar.

We endeavour to promote education in technology and engineering associated with the preservation and restoration of hertiage steam. 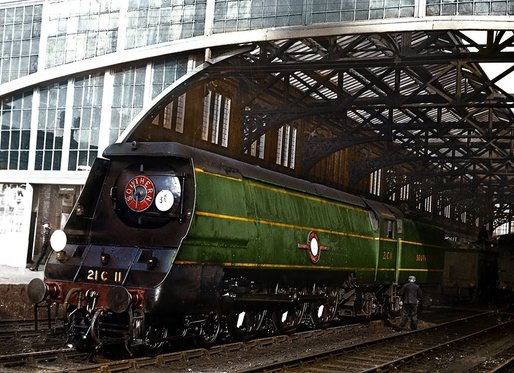 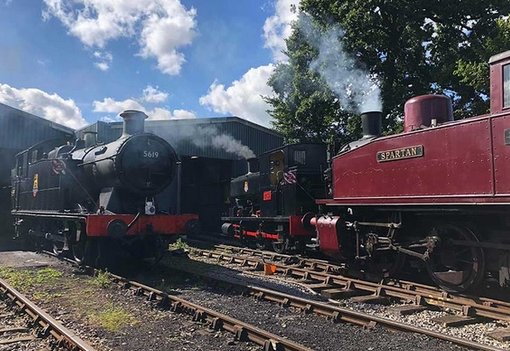 On the river Medway, the General Steam Navigation Company worked closely with the New Medway Steam Packet Company and aquired them in 1936. The Medway Queen Preservation Society have rebuilt their vessel structurally and are now engaged in fitting out the ship, initially for use as a floating venue for meetings and events. The long term aim is to see the ship sail again under its own power.
Medway Queen is berthed in Gillingham, Kent, where a small team of dedicated volunteers are pushing the project forward. With the obvious link between our two restoration societies it makes sense for us to also cooperate  to support one another in publicity campaigns and appropriate merchandising and marketing initiatives. etc. Full details of this cooperation can be read here.

Also further details on the Medway Queen project can be found on their website here.

With the Swindon & Cricklade Railway, Wiltshire's only standard gauge railway, being since April 2019 the home for 21c11 / 35011 at their Blunsdon site, we thank them for their ongoing  support and assistance. To find out more information about the line and its activities, and events please click here.

Any of our members wishing to assist with working on 35011 also do require to be members of the Swindon & Cricklade Railway and we would recommend membership and a visit to the line for all. 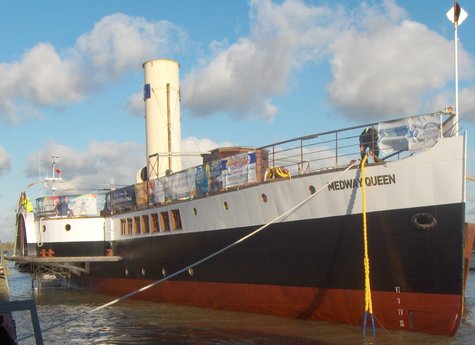